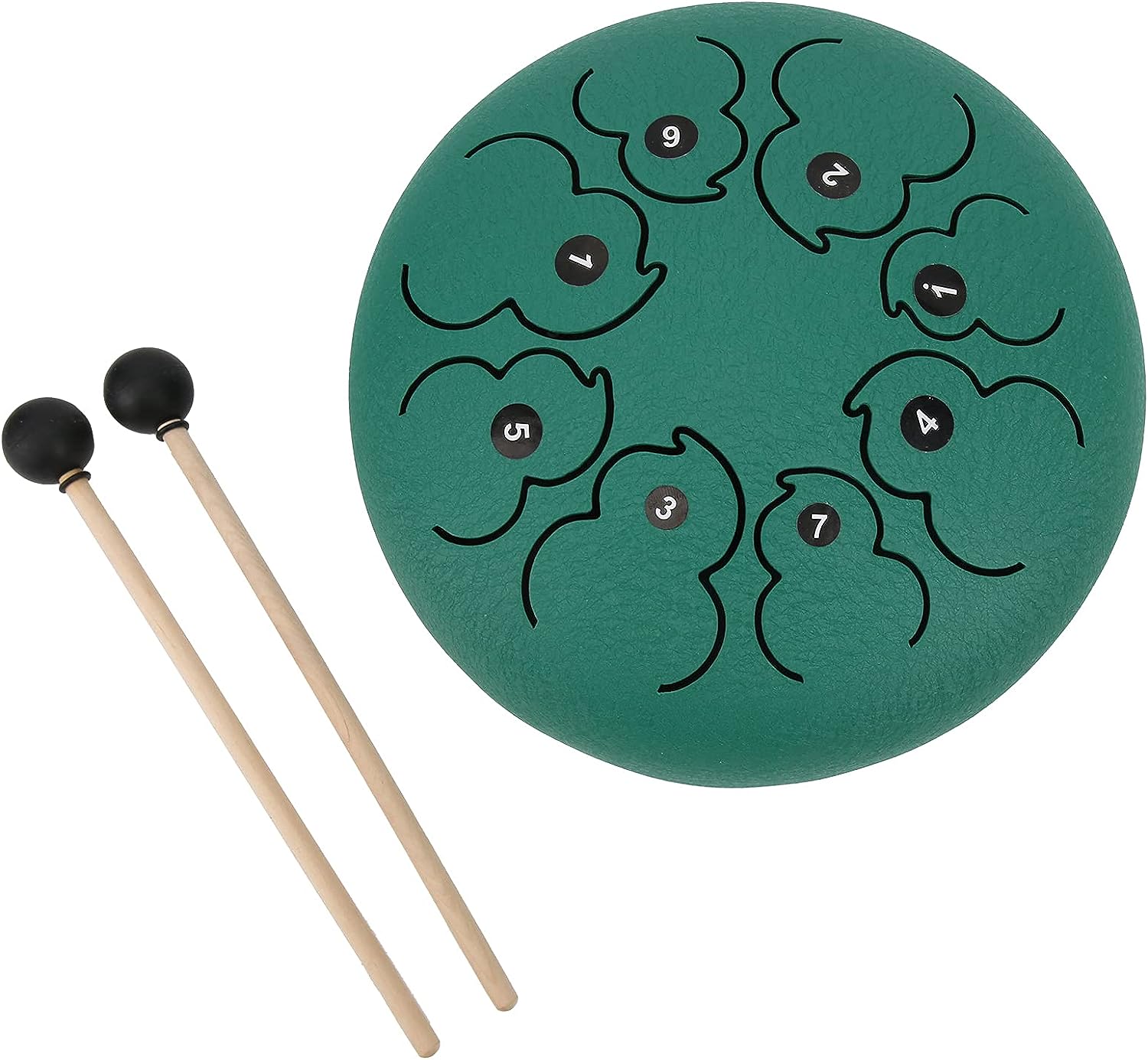 Feature:
1. Made of steel titanium alloy, protective paint can prevent rust, abrasion and scratches
2. 3 Rubber foot pads isolate the drum sound, so that the sound is unrestrained and very stable
3. One is to play with the Built‑In drumsticks, the other is to play with a finger guard; and can be played easily with the attached notes
4. The sound of the steel tongue drum is ethereal and melodious, which can better purify and find self and inner peace
5. The sound it emits can purify your mind, let you gain inner peaceand follow your heart to find the world of peace


Note:
The size is measured manually, the actual size shall prevail